Photovoltaic solar power is one of the most promising renewable energy source in the world compering to non renewable sources such as coal, gas, oil and nuclear. The advantages are clear; it’s totally non pollvting, has no moving parts to break down and does not require much maintenance.

PHOTOVALTAIC EFFECT is the basic physical process through which a solar cell converts sunlight into electricity. Sunlight is composed of photons, or packets of energy. These photons contain various amounts of energy corresponding to the different wavelengths of light. When photons strike a solar cell, they may be reflected or absorbed, or they may pass right through when a photon is absorbed. The energy of the photon is transferred to an electron in an atom of the cell ( which is actually a semiconductor) with its newfound energy, the electron is able to escape from its normal position associated with that atom to become part of the current in a electrical circuit.

The module is an integral unit that provides support for a number of PV cells connected electrically and protected from elements.
The electrical out put of the module depends on the size and number of cells and their electrical interconnection and environmental conditions to which the module is exposed. PV modules shown in all shapes and sizes and made from different material. The most commonly used module is”glass plate sandwich” that has 36 PV cells connected in series to produce enough voltage to charge a 12 V battery. Plus(+) and minus(-) connectors are located on the back of the module for inter connection.

There are four facts that determine photovoltatic modules out put. These are, efficiency of the PV cells, the load resistance, solar irradiance, and cell temperature. The solar cell efficiency is set by the manufacturing process. Today’s commercially available modules are from 3% to 15-17% efficient at converting the solar energy to electrical energy.

The load resistance determines operating the voltage and current values for a given solar cell area. The current generated is directly propotional to solar irradiance and is also independent of temperature. Thus, as the sunbrightness increases, the output voltage and power will decrease as temperature increases. Therefore arrays should be mounted in the sunniest place and kept as cool as possible ensuring air can move over and behind the array. The shading of small partions of a PV module greatly reduces out put of the entire array. PV modules connected in series must carry the same current if some of the PV cells are shaded, they can not produce and will become reverse biased. This means the shaded cells will dissipate power sheat and over a period of time failure will occur.

Solar Energy can be used for 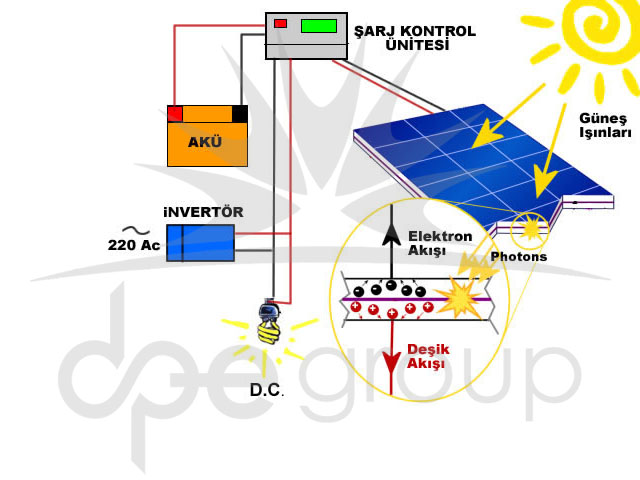 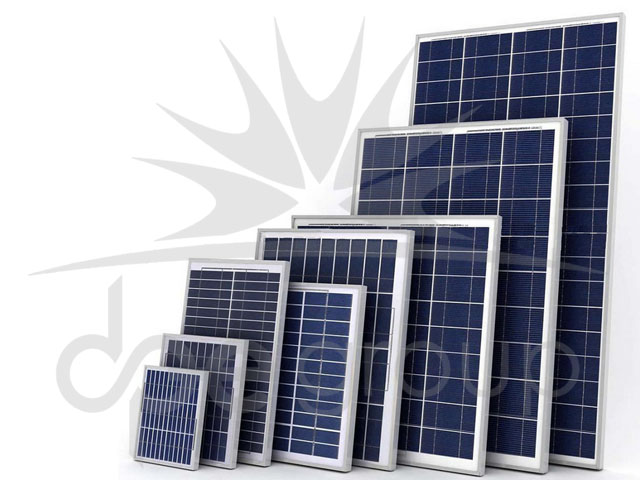